The US Senate has passed the Same-Sex Marriage Bill. According to the New York Times report, it will now be sent to the House of Representatives for final approval. After this, President Biden will sign the bill, and it will be made a law. This whole process will be completed before January.

Gay marriage will be recognized as soon as this bill becomes law. In other words, same-sex marriage will not be wrong. In 2015, the Supreme Court banned it across the country. Expressing happiness over the passage of this bill in the Senate, President Joe Biden said- ‘Love is love,’ and every citizen living in America should be allowed to marry that person. He has the right to whom he loves.

This bill was introduced in the House of Representatives in July.

In June, the Supreme Court overturned a ruling protecting abortion rights. Since then, people in America have feared that same-sex marriage could also be in danger. After which Biden’s government brought this bill recognizing same-sex marriage.

The bill was introduced in the House of Representatives in July. The House had decided that the bill would be voted into law, after which it was sent to the Senate on 16 November. A vote of 61 out of 100 members was needed to pass the bill.

Biden must make it law before January.

President Biden must sign the bill before January 2023 to enact the same-sex marriage law. This is because, in January, the House of Representatives will come under the control of Trump’s Republican Party.

After this, Biden will have to rely on the opposition in Parliament, i.e., Donald Trump’s Republican Party, to make every major decision because whichever party wins in the House of Representatives, that party dominates the Parliament. The same party plays a more important role in making laws.

The Republican Party won a majority in the House of Representatives in the recently held mid-term elections. All Republican leaders who win here will take office in January.

According to The Guardian’s report, homosexuality is not considered a crime in 120 countries, but only 32 countries currently allow the marriage of the same sex. This means that there are 88 countries worldwide where same-sex relationships are allowed, but same-sex marriage is not. India is also a country in this.

In 2001, the Netherlands was the first country in the world to legalize same-sex marriage. Apart from this, there are 13 countries in the world, including Yemen, and Iran, where leaving aside marriage in same-sex, the death penalty is given even after having a homosexual relationship.

Gay marriage is not legal in India.

A petition has been filed in the Supreme Court to recognize same-sex marriage in India as well. The Supreme Court has sought an answer from the government on this. The petition said that not allowing gay marriage is discrimination. This is a violation of the rights of LGBTQ couples. The couple demanded the inclusion of gay marriage in the Special Marriage Act of 1954. 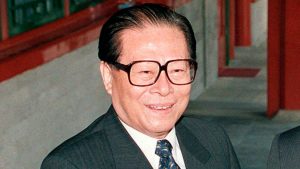 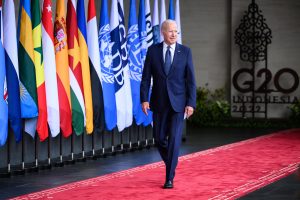 Next post America, Russia’s Foreign Minister’s big claim in trying to include India in NATO
admin